Shopping Cart
Your Cart is Empty
Quantity:
Subtotal
Taxes
Shipping
Total
There was an error with PayPalClick here to try again

Thank you for your business!You should be receiving an order confirmation from Paypal shortly.Exit Shopping Cart

The Las Vegas Soaring Club strives to be an active part of the Las Vegas community at large by means of participation in community events directed at education and promoting safety in the RC hobby.

LVSC is a chartered AMA (Academy of Model Aeronautics) Gold Leader Member Club and operates under their guidelines and regulations in partnership with the FAA (Federal Aviation Administration.) Safe operation of aircraft is the primary goal of this participation achieved through education and monitored training.

LVSC sponsors yearly events at their location and participates in other events throughout the year with other AMA clubs. Also the LVSC promotes and teaches safe and proper operation of multi-rotor and FPV flying (known as "drones".) Recent FAA rulings strictly govern the use and operation of "drones" and require personal registration with the FAA to operate them and all other model aircraft.

Current and past events are listed on the main menu under "Events".

Barry and Robert gave a presentation to the Sun City Summerlin Computer Club about the LVSC and model aviation in general. Following an invitation from the club they brought a large collection of varying aircraft to the Summerlin facility where Barry spoke for over an hour about the LVSC, programs, types of aircraft the members fly, and much more.

There were lots of question from the near 40 members present covering many topics. While Barry talked Robert displayed images and video from the LVSC website on a large screen.

The program was very well received by the audience and provided yet another avenue for the LVSC to be involved in the community as an AMA Gold Leader Member Club. 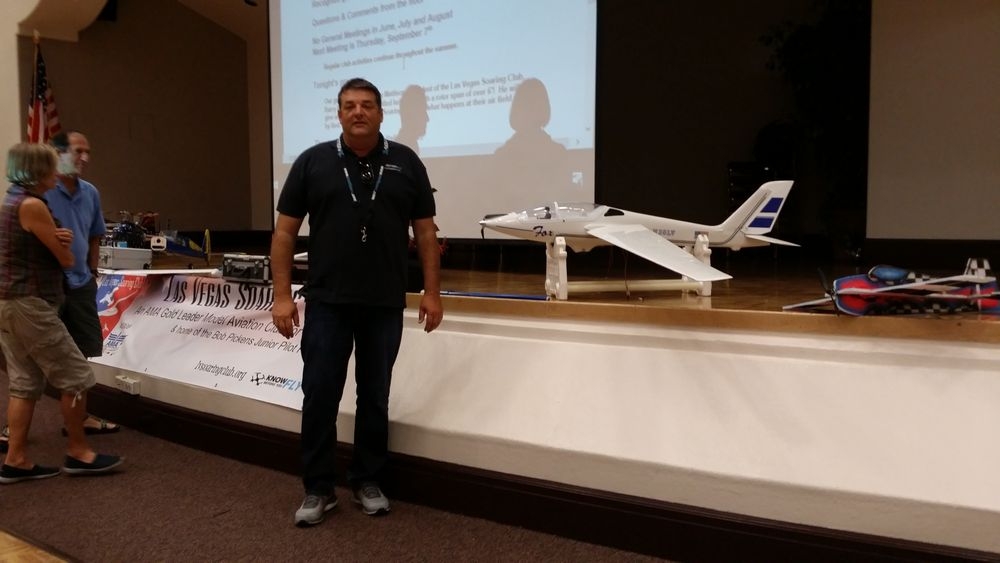 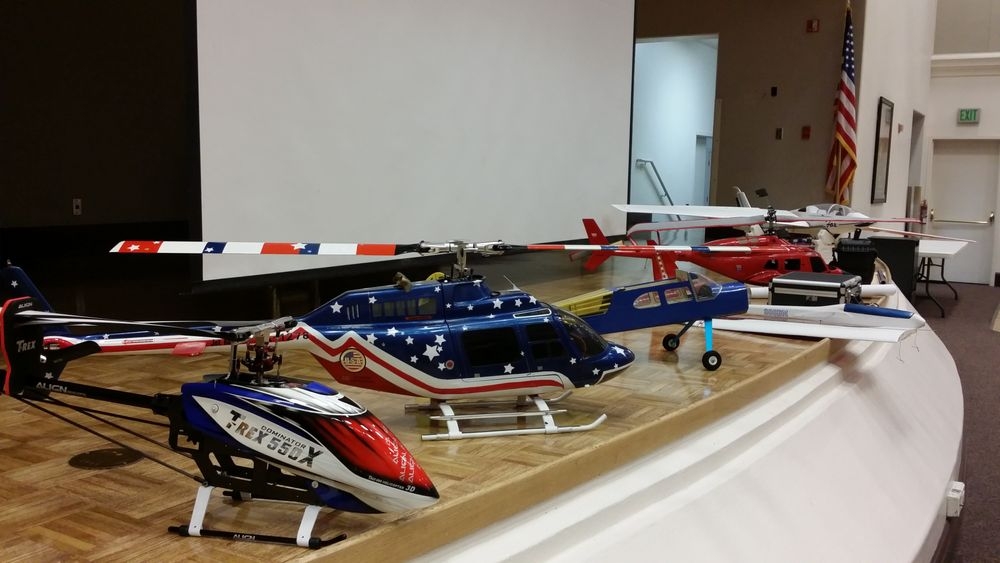 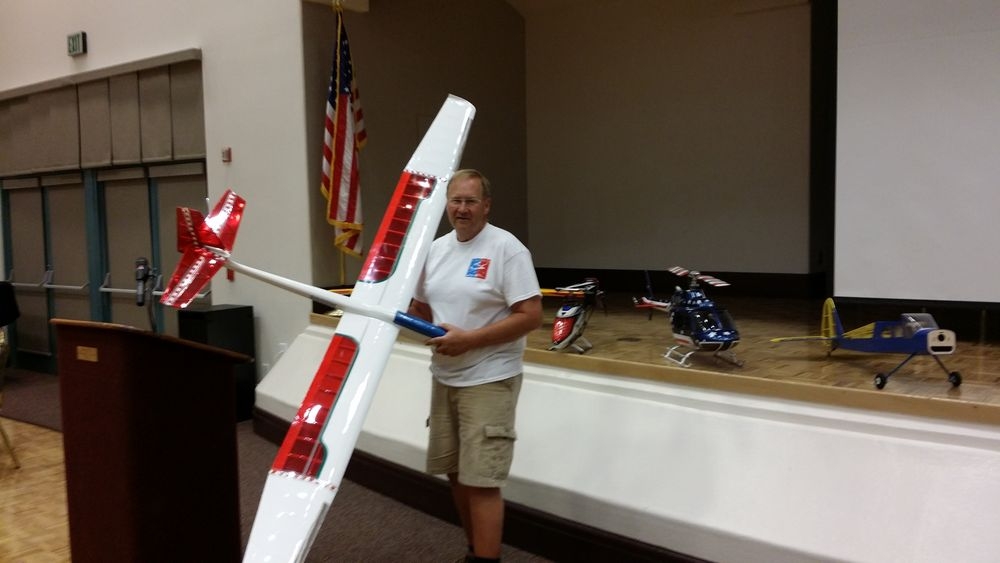 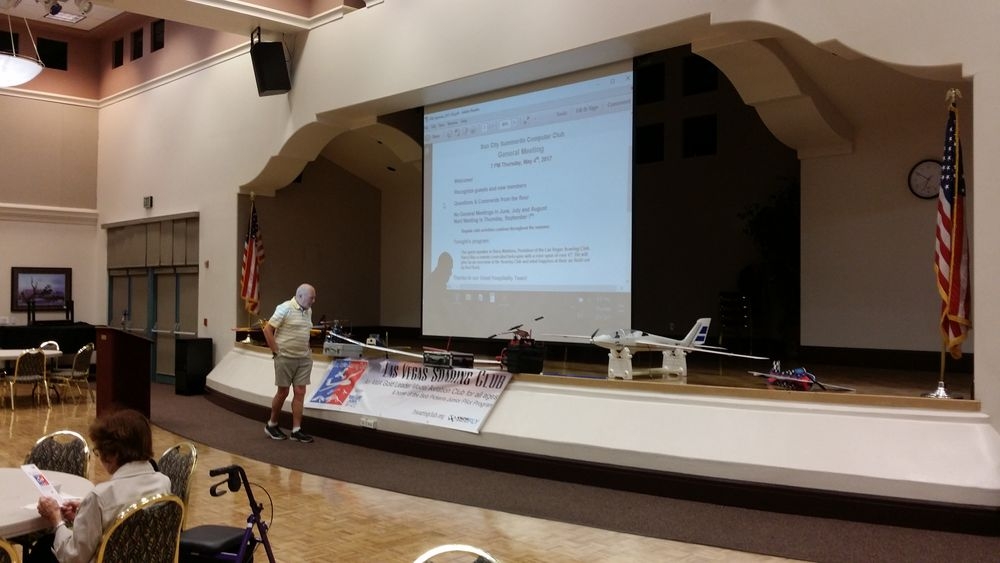 18 youngsters and many parents from the Olive Tree Homeschool group attended and completed an "Introduction to Model Aviation" and "The Basics of Flight" class at the LVSC field on Friday, November 4, 2016. Club members Robert Slauson and Barry Mattison conducted the class that included a project plane build and competition, classroom style discussion with practical demonstrations, and ended with hot dogs and several demo flights by Robert (more pictures.) This was a very intelligent group of youngsters that not only knew some of the terminology and principles of flight, but were able to apply them in a real setting using model airplanes to demonstrate.

By the end of the program the kids were able to talk about Yaw, Pitch and Roll along with Lift, Weight, Drag and Thrust and gained an elementary knowledge of wing chord and what creates lift. A practical demonstration was used by drawing the exaggerated shape of a wing chord in the dirt. The kids divided into 2 groups and each group was tasked to follow the 2 lines. Of course the first time the "straight line" kids made it first. The 2nd time, instructed to walk faster than the other group, all kids made it to the finish point at the same time. Noticing that they had to go faster and were more split apart than the other group, they concluded that the air was less dense on the top of the wing, thereby creating lift (simply put.)

Each youngster was presented with a small glider to take home along with a certificate of achievement. The foam plane cutouts provided by Alcoa and the AMA were a smashing hit with the kids. These kits are a perfect way to demonstrate the principles of flight. They go together easily by kids of all ages, they can be manipulated by the various control surfaces built in, and best of all...they fly a long way! Some of these were going over 50ft!

The Las Vegas Soaring Club is proud to be a part of the community and is available for classes like this in the hopes of educating the public regarding the safe and proper use of model aircraft as well as exciting a new generation about model aviation. The AMA has great resources to assist teachers and groups interested in model aviation and supplied some of the materials at no cost for this event.

Barry has over 50 years of model aviation building and flying and enjoys helping others learn about the hobby. He is an AMA Leader Member, current club Secretary and incoming LVSC President (2017), an AMA Introductory Pilot Instructor and also started and manages the LVSC Bob Pickens Junior Pilot Program. For more information please contact Barry at: [email protected] 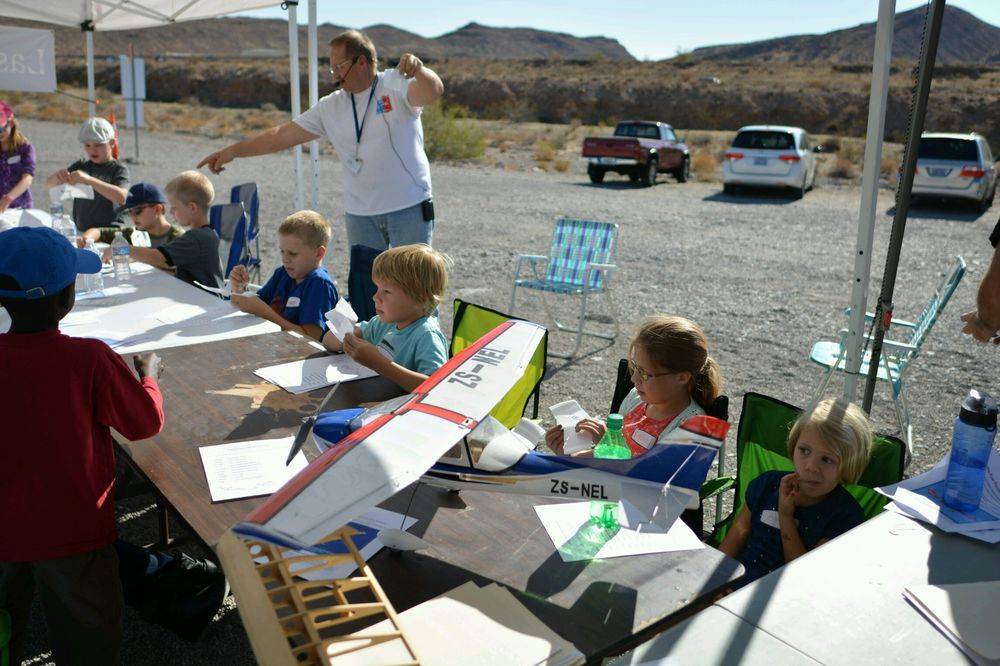 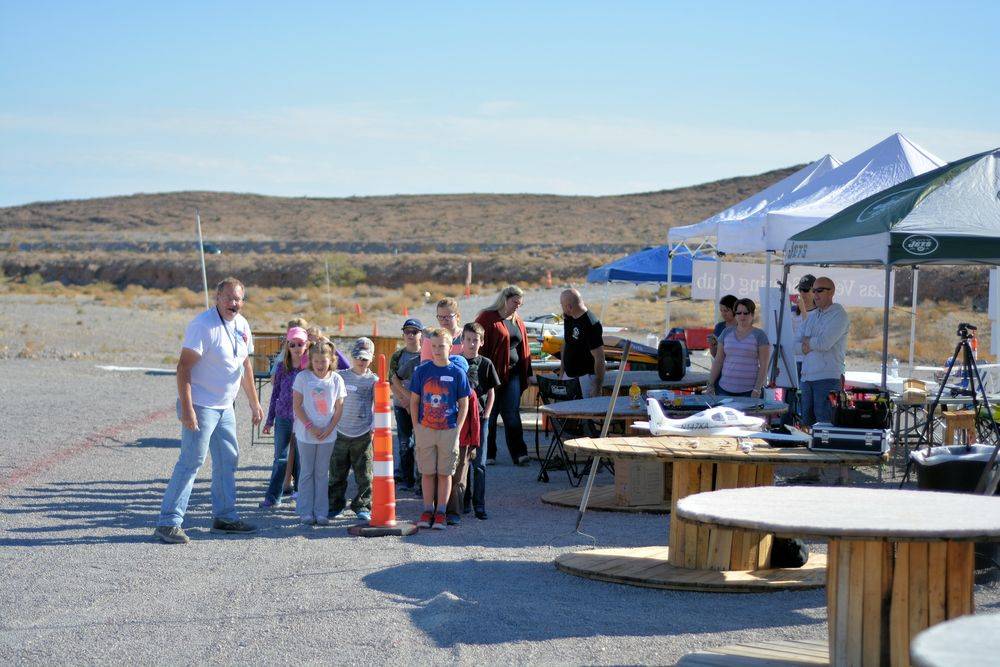 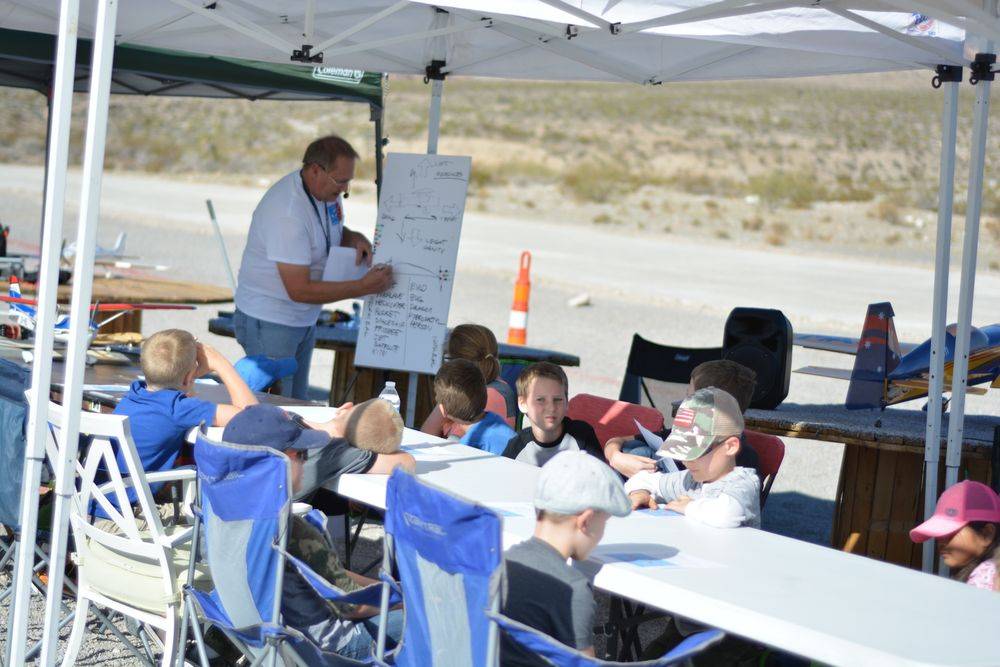 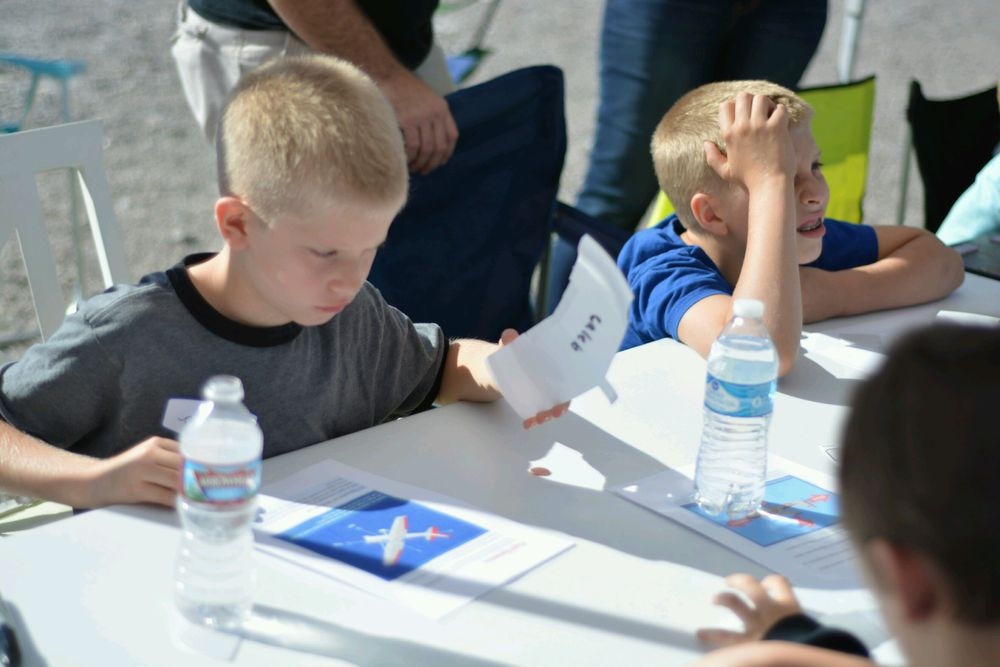 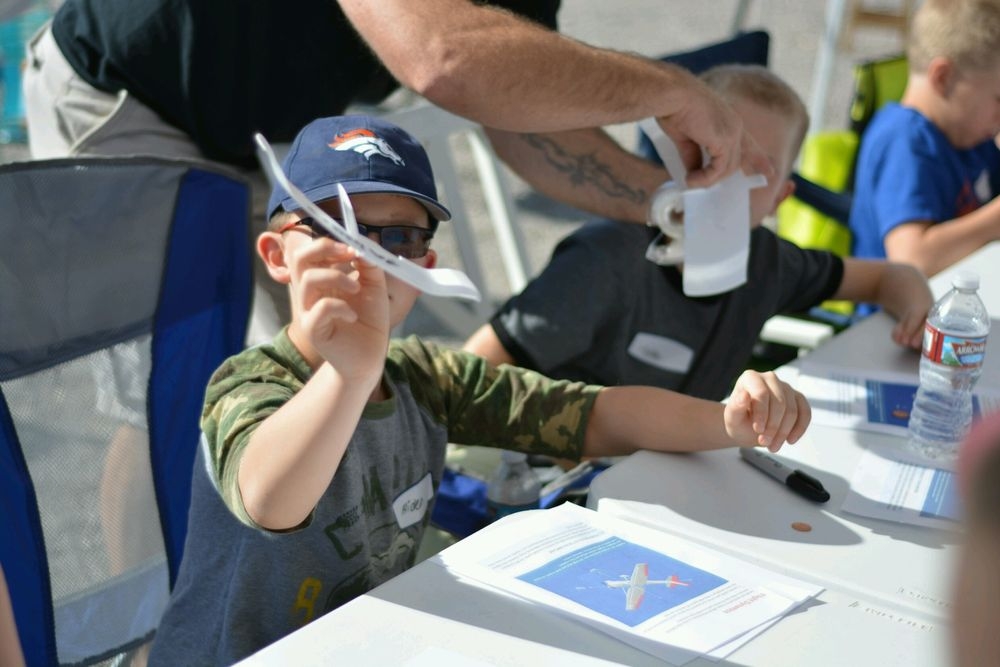 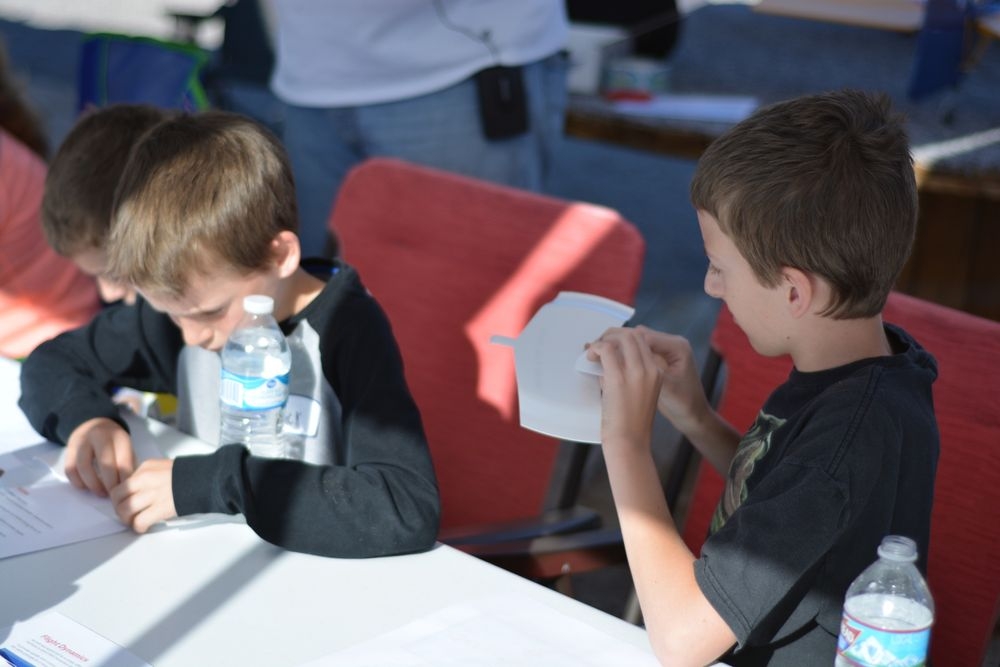 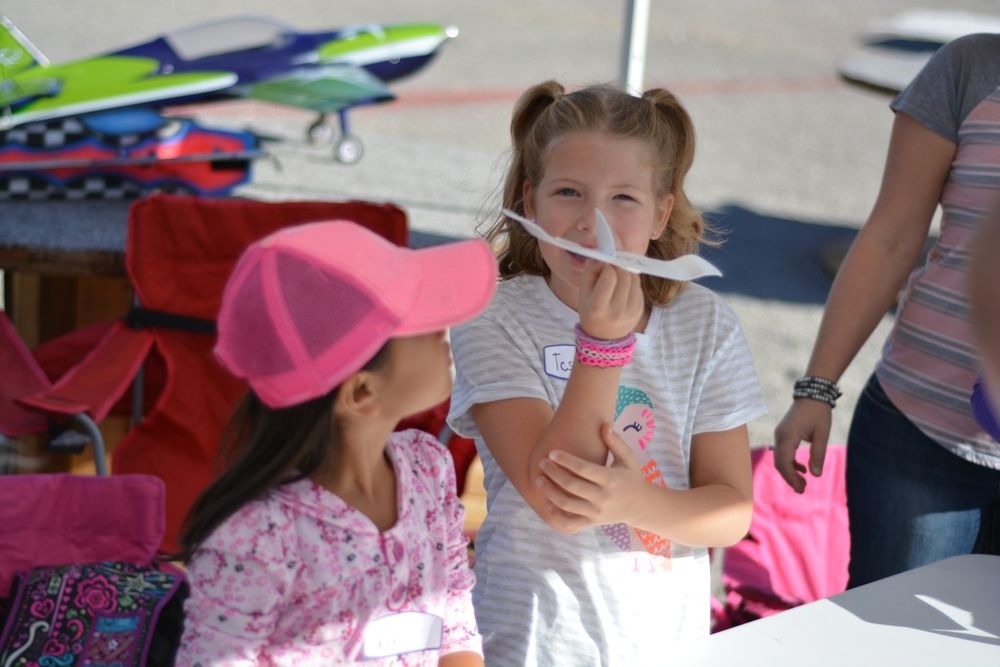 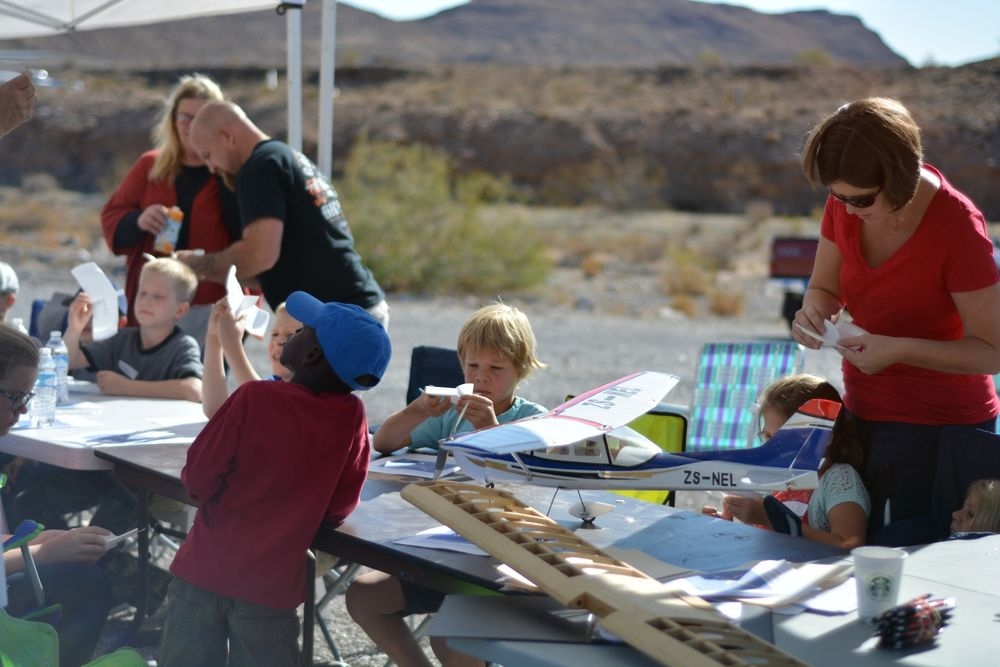 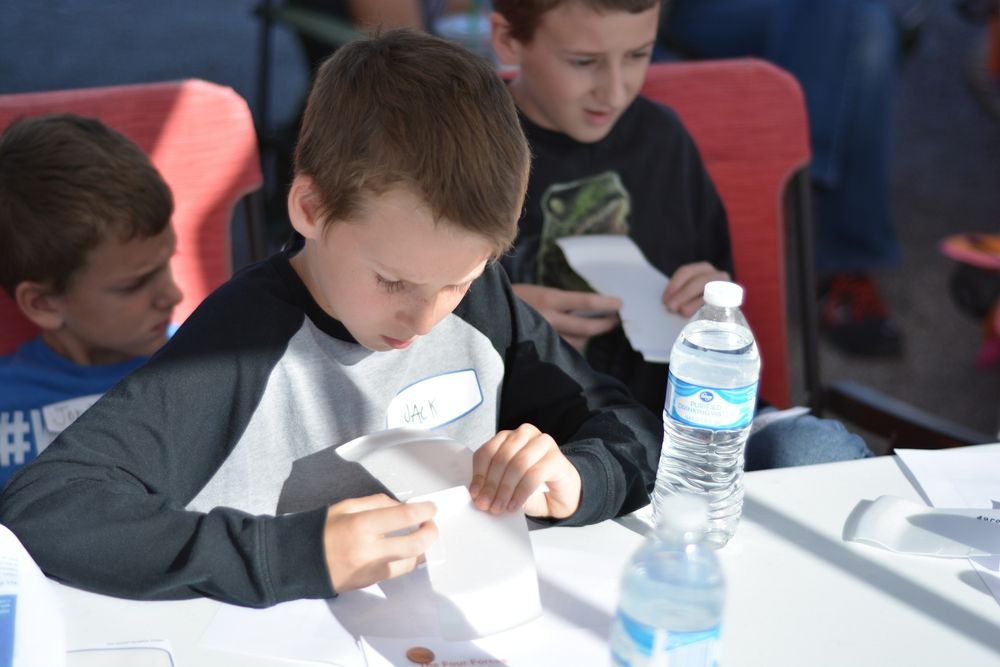 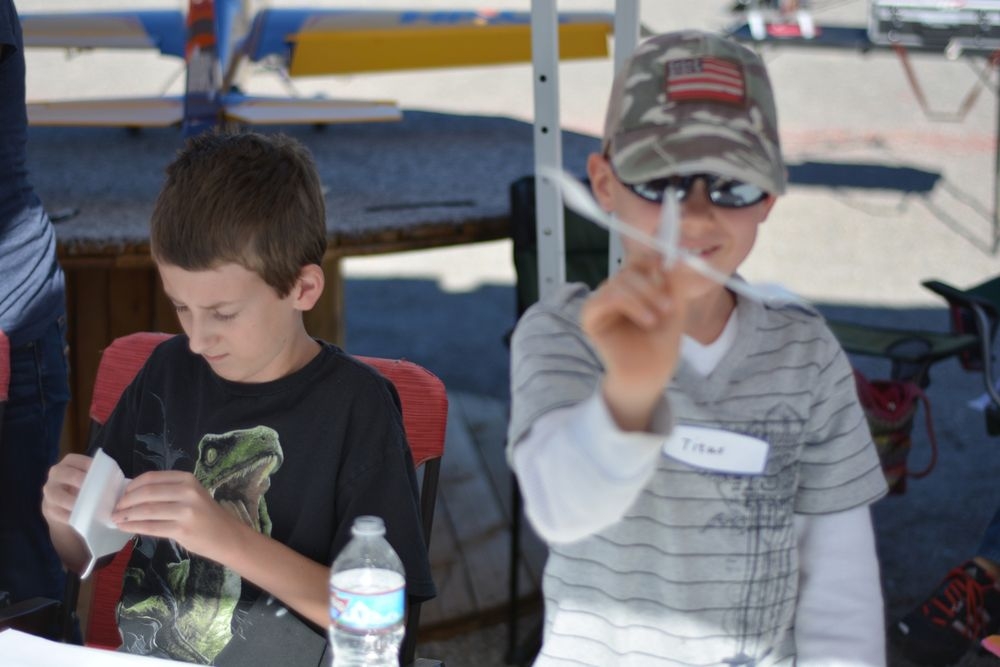 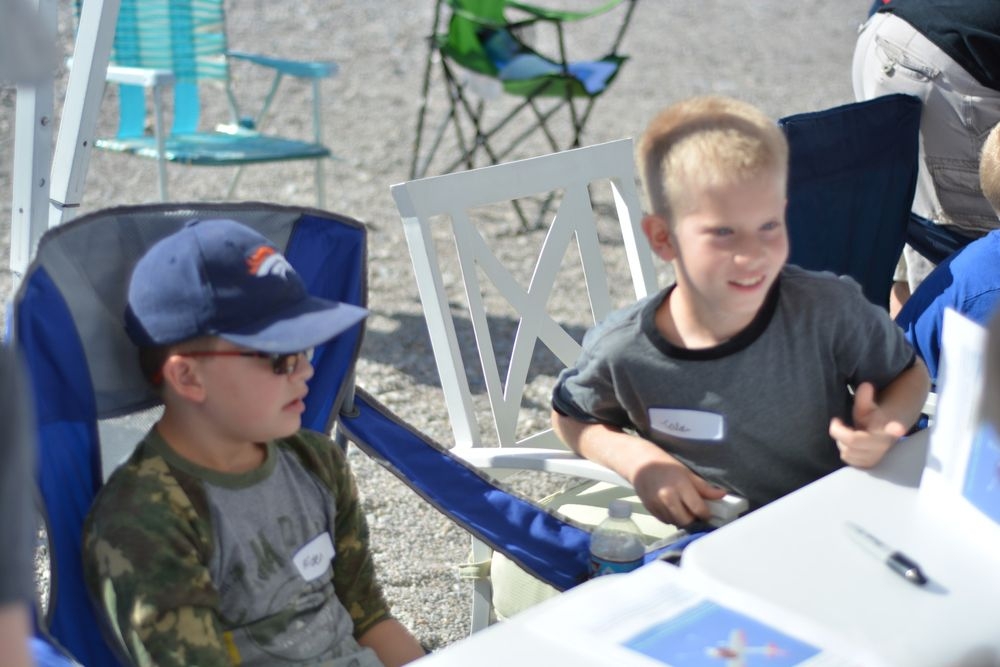 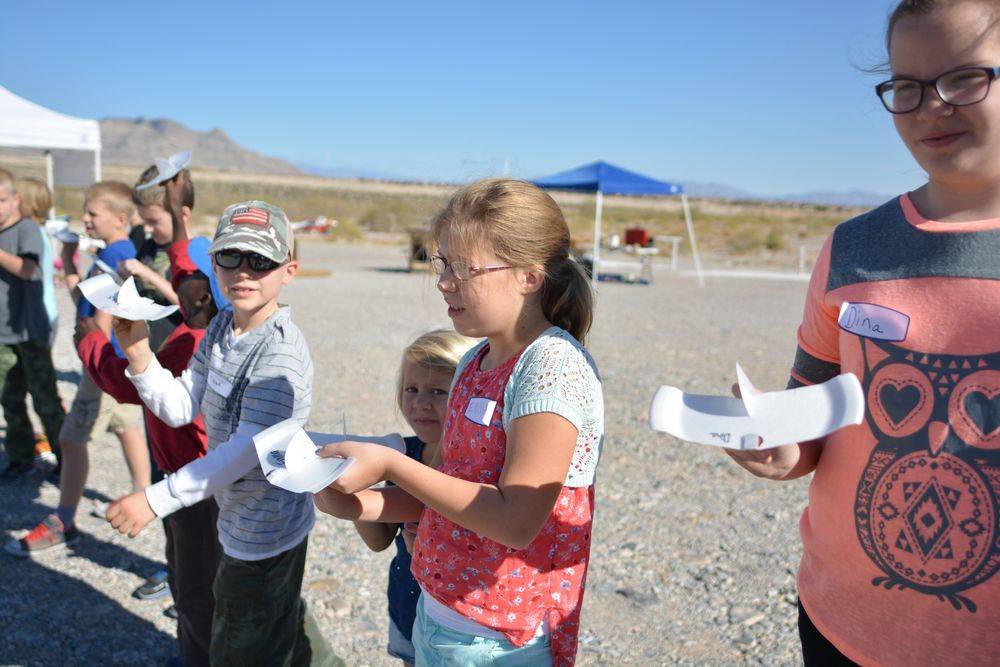 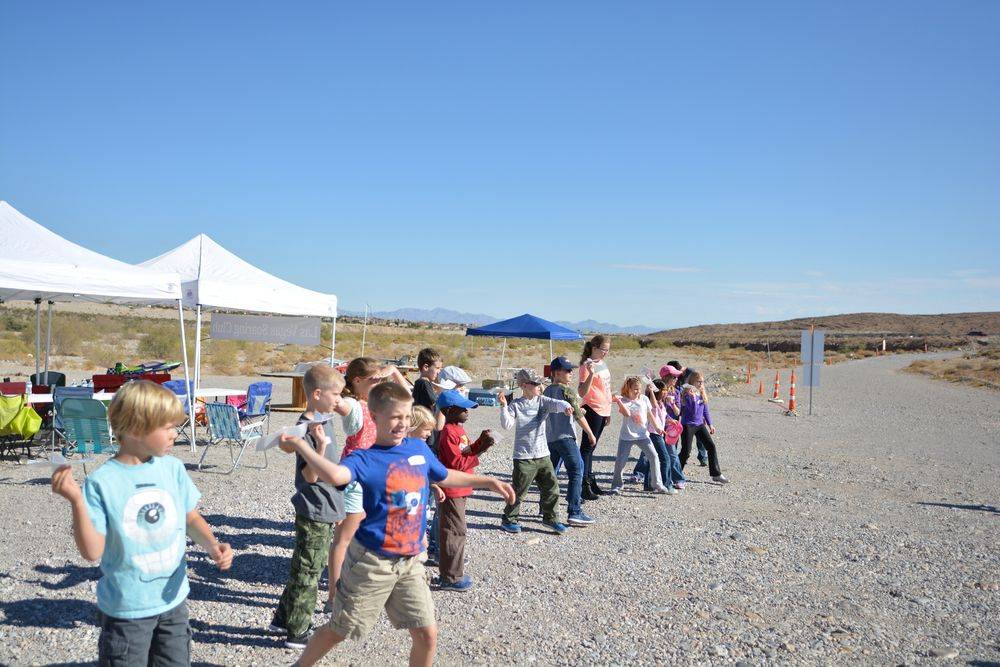 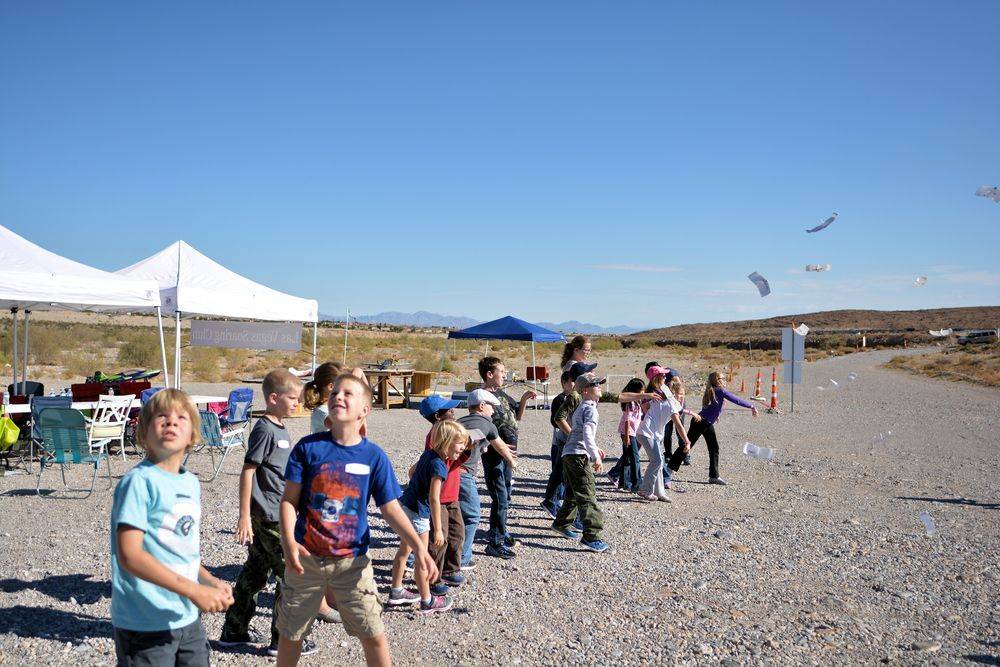 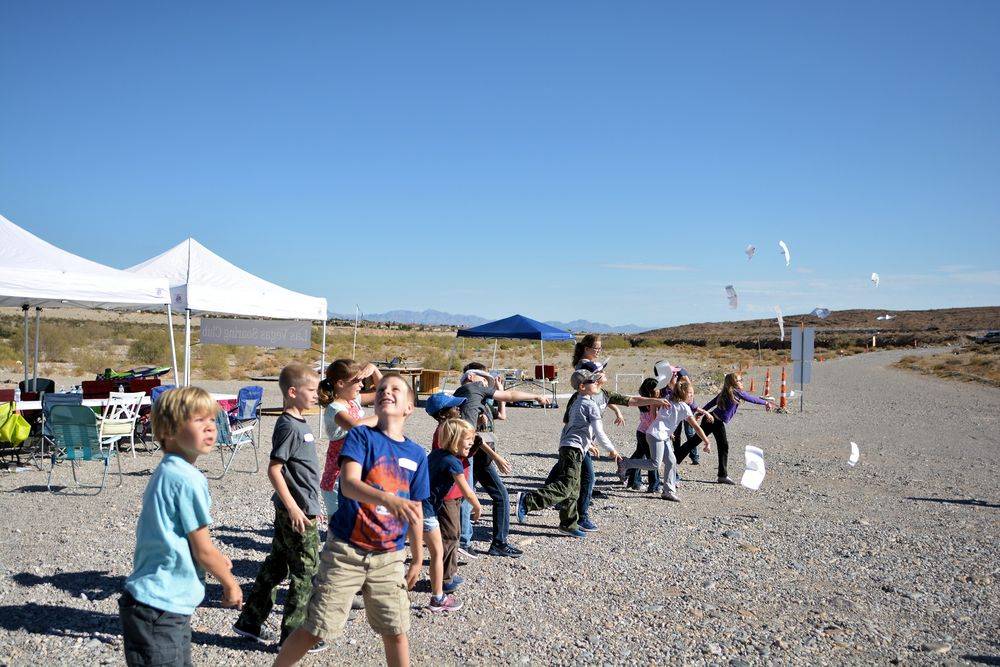 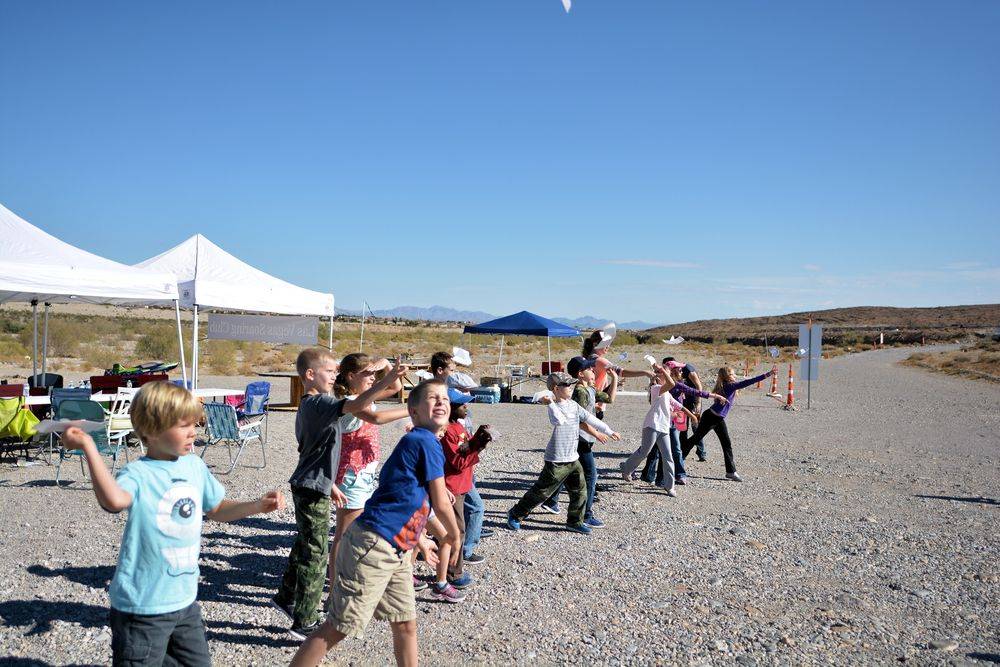 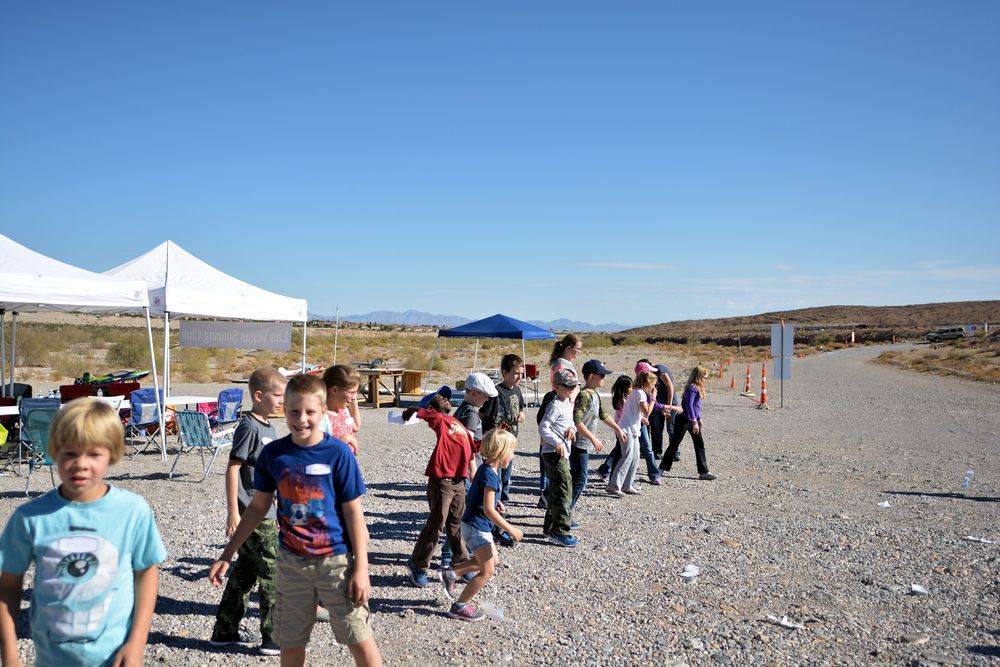 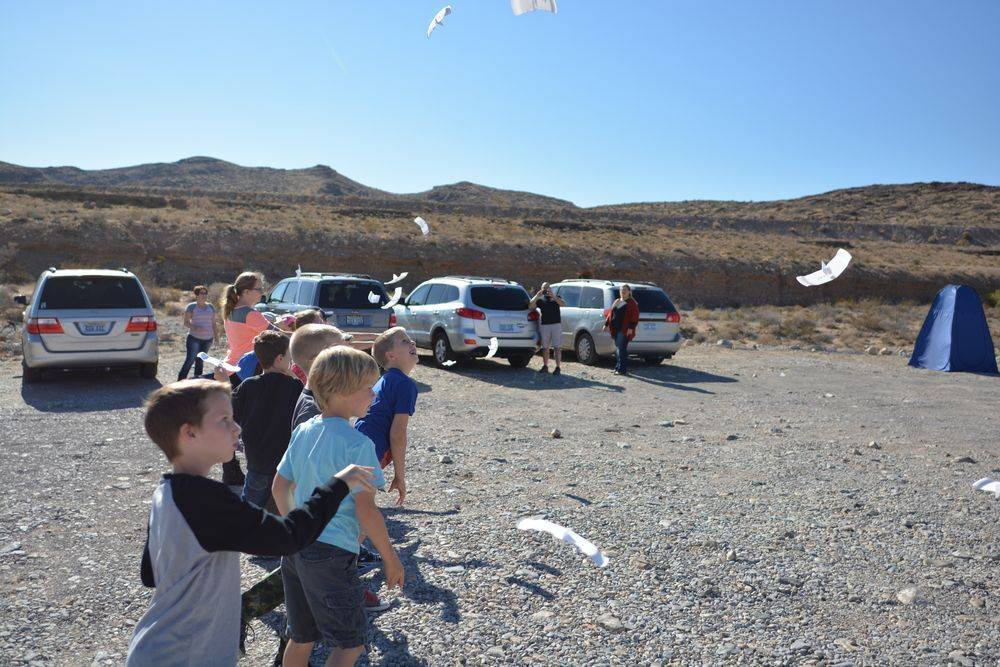 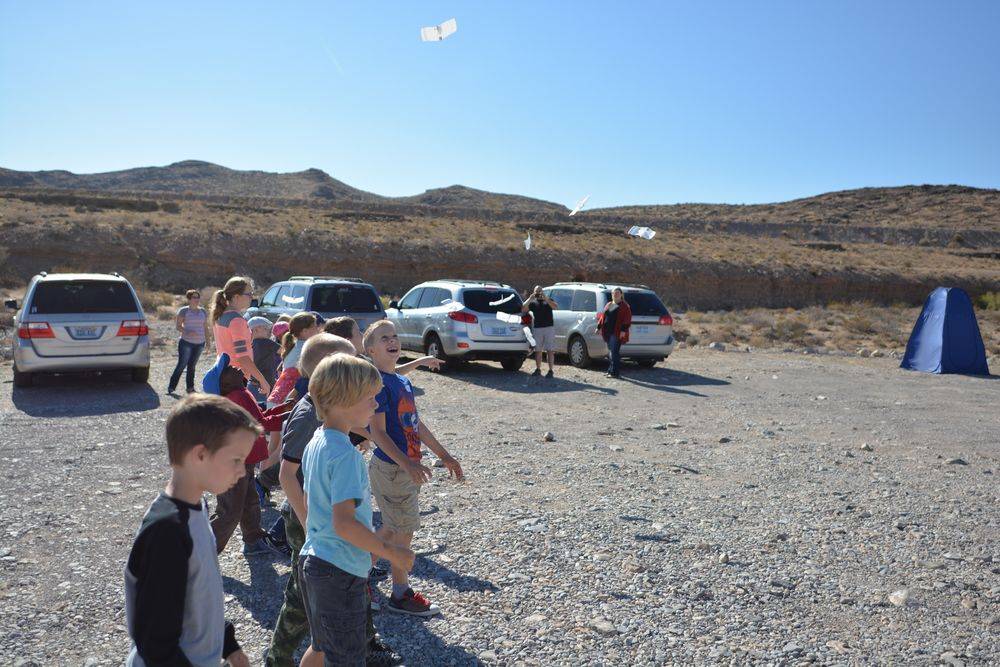 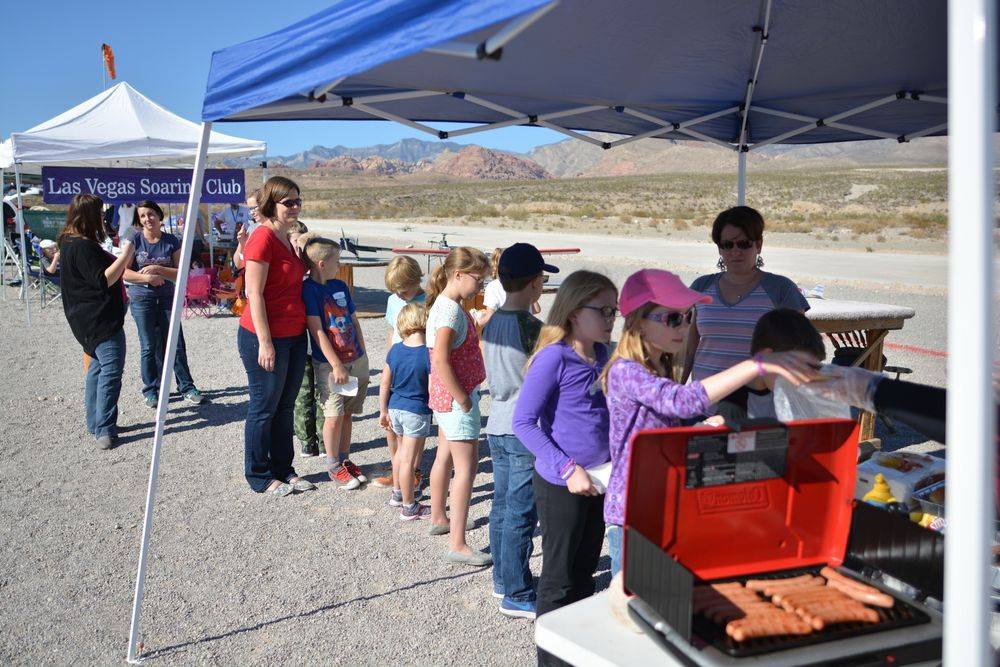 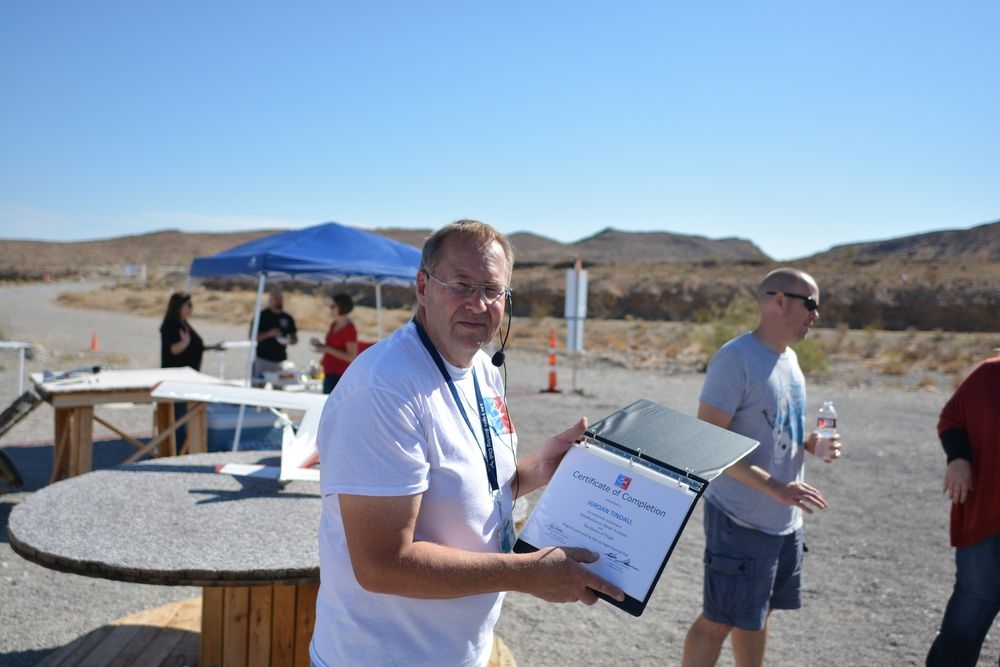 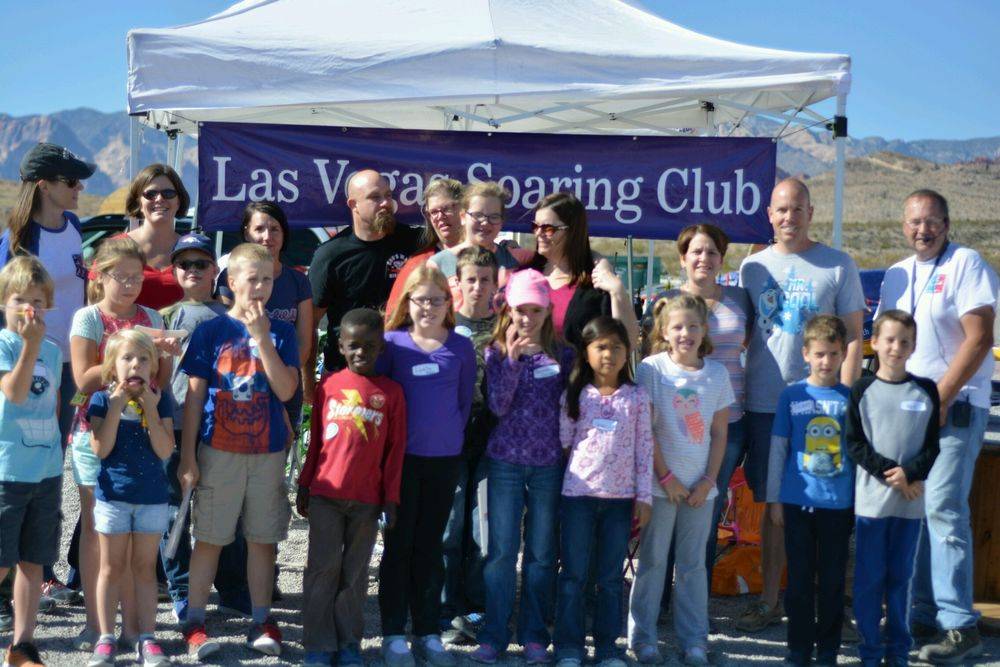 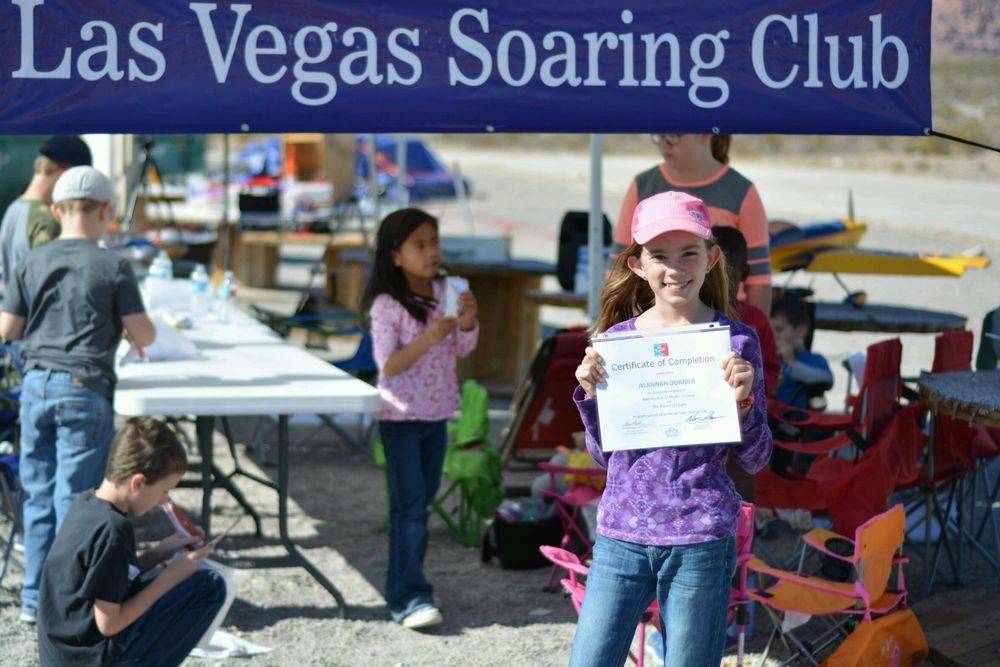 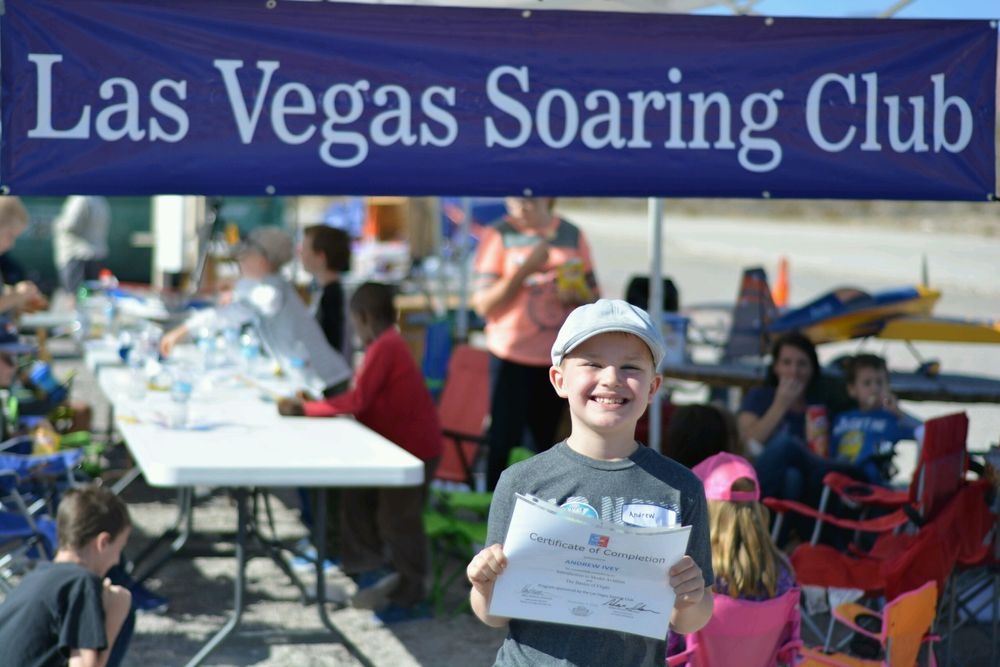 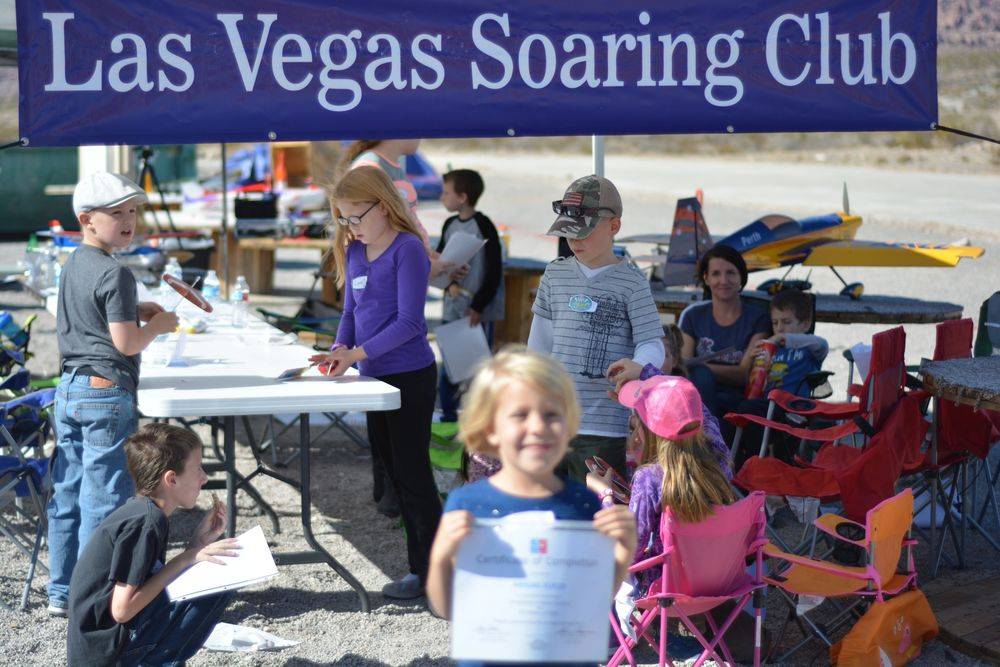